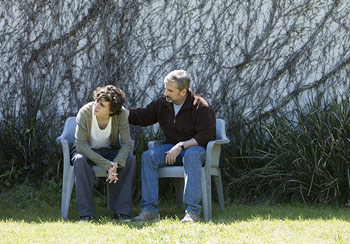 Beautiful Boy is a deeply moving portrait of a family's unwavering love and commitment to each other in the face of their son's addiction and his attempts at recovery. Based on two memoirs, one from acclaimed journalist David Sheff and one from his son, Nic Sheff. As Nic repeatedly relapses, the Sheffs are faced with the harsh reality that addiction is a disease that does not discriminate and can hit any family at any time. 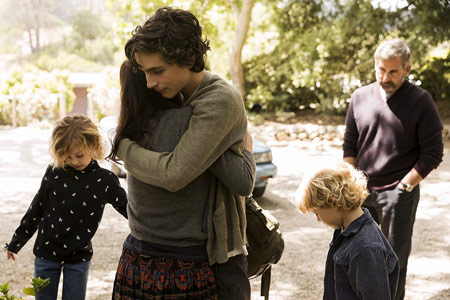 Anchored by two exceptional performances, this cautionary tale about drug addiction is everything such a tale should be: dreary, repetitive, harrowing and ultimately, kind of, uplifting. Based on the memoir by David Sheff, a writer for Rolling Stone magazine, it chronicles the journey of his teenage son Nic, the boy's addiction to methamphetamine (ice) and subsequent near-death episodes. Cheery stuff.

Some argue that without a more enervated narrative arc - David's story is mired in the circular misery of rehab and relapse - BEAUTIFUL BOY is robbed of its emotional punch and by extension, its purpose as a movie. You could also argue that this is exactly the point; Nic's reality is mired in such a hopeless situation and the director's aim is to get us as close to experiencing David's misery as possible. As the film grinds on, that's exactly how it feels.

What stops this becoming moribund in cliché or turning into a sappy disease-of-the-week movie is Steve Carell (LAST FLAG FLYING) and Timothée Chalamet (CALL ME BY YOUR NAME). Better known for comedy roles but no stranger to playing it straight (consider his stunning turn in FOXCATCHER), Carell is all class as the cool Dad who finds himself suddenly and completely out of his depth, yet unwilling to give up on his son. Likewise Chalamet who captures every nuanced emotion as Nic plunges from the sunrise of his promising adulthood into the midnight of his personal hell (and it might be enough to get the actor to the Oscars again this year). 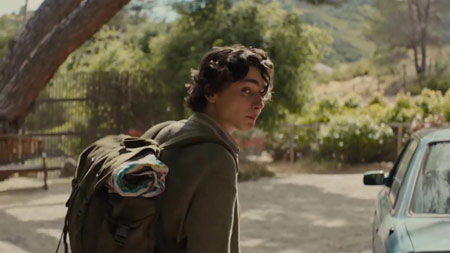 The production skates a little too close to the edge at times, with some musical choices and scoring overplaying its hand. But keeping it real is the hideous truth that Nic is as far from Hollywood's a-typical junkie as you can get. He was a bright, talented kid with a bright future from a loving, supportive home. He wasn't being abused, he wasn't self-medicating, he simply knew that drugs can be fun with the teenage confidence that he could handle them. But ice knows no borders and takes no prisoners, as Nic and David learned the hardest way, again, and again, and again.

Lovingly shot, tenderly directed and delicately performed, BEAUTIFUL BOY is must-see for everyone: mums, dads, brothers, sisters, teenagers, party kids, dope smokers, drug users, drug abusers, junkies, addicts but most of all ice dealers, those whose simple, selfish greed ruins the lives of thousands of people like Nic, and Nic's family, each and every single day